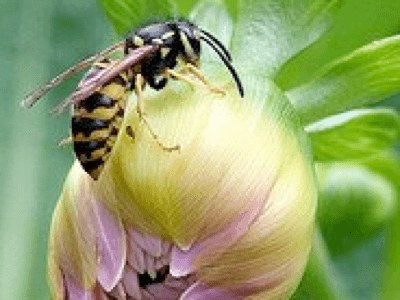 As the second component of the good, the bad, and the ugly, I must share a trip to meet my in-laws.

Nearly ten years ago and after only six months of dating, my now husband and I made plans to visit his family in Minas Gerais, an interior agricultural state of Brazil.

Upon my arrival, my handsome Admilson, was awaiting me outside the gate. Having very few options in arriving to his small town, we left the Belo Horizonte airport in a cab for a very lengthy ride, approximately 3 hours if uneventful.

The scenery was lush, mountainous and of course pleasant as I was in good hands. However, after a long flight in an exit row without the option of reclining, all I wanted was a couch, shower, and well something other than the somehow always tasteless food you get on planes.

As we approached his hometown of Fernandez Torinho, the paved roads changed to dirt roads. The ride became rather bumpy with large ruts from the rainy season causing the small taxi to bottom out upon occasion. Unfortunately, it happened one too many times as we lost the oil pan and could not continue with the cab. Only one mile from the house, we contemplated waiting for assistance. However, after almost twenty-four hours of travel, I was getting hungry and thus impatient. For those of you that know me, when hungry I can be rather nasty.

We settled the tab, took my bags in tote, and arrived at his mother’s home on foot. It was a small, whitewashed home surrounded by hundreds of acres of tropical plants many of which I had not seen; plus, there were chickens, a pony and cart, cats, a lazy dog, and a brother’s dirt bike. From a large family, the introduction was like a casting call Elaine, Ezelaine, Elzamar, Edna, Adnilson, Ailson for a total of nine (almost all of which have now moved to the states). His mother, Ideir, was very quiet and reserved, but probably just protective of her son who just brought home an American; probably not what she was praying for.

The following day is where the good, the bad, and the ugly come into play. That morning, Admilson took me to explore their house and surrounding lands. I believe the first very plant I found was a guanabana tree (or soursop in English). Growing up in Wisconsin, this would never be something you would encounter in the supermarket or in the wild. Curiosity killed the cat as they say and a “moribundo” or wasp stung me right on the nose. I, of course, started dancing around; swatting the damn wasp, but it was too late. As reference, I am not allergic to wasp or bee stings to the point of near death, but to a level that I would call, “death warmed over.”

Despite the ice, aspirin, and elevation of my head, I, the newly introduced wife-to-be, had a swollen face as round as a ball. Admilson tried various times to take a picture, but it was made very clear that he would find an early death for any documentation of my misery and frightening appearance. The brothers and sisters already shy and skittish disappeared that is except the youngest girl, Edna. Maybe she wasn’t afraid or she too was curious.

After two days of living like a monster, being judged only on my ugly appearance since my Portuguese was limited, I was living a nightmare. Finally, I couldn’t be stoic any more. I needed medicine. I knew that if someone went into town, which was a fifteen minute ride on the dirt bike, they could get some good anti-inflammatory drugs….only the kind you get outside of the U.S. without a prescription. And after two and a half days of suffering as “ballface,” I was transformed back to the lovely, American who was still stealing one of my mother-in-law’s sons.

So the good, the bad, and in this case UGLY was the cause of yet another fruit…this time not a lime but by my curiosity to know more about guanabana.