I love Down Under! I’ve been to Australia twice over the last two years, but I still have a lot of ground to cover. That’s why I was thrilled when one of my peer travel writers, Giselle, presented this post about everything you ever wanted to know about Australia’s cities.

Are you ready to explore Down Under?

Giselle take it away!

Australia is one of the largest countries in the world. And yet, there are still relatively few cities in it. However, the cities sure are big, and there can be a lot to take in on your first ever visit. Want to make the most of your time staying in an Australian city? Here’s my guide to five of the best so that you know exactly what to see and do. 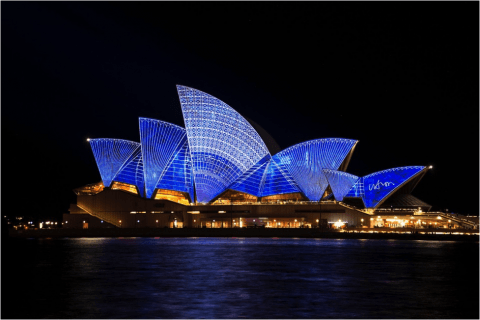 Probably the most popular of Australia’s cities, Sydney is located on the east coast. Port Jackson is the city’s famous harbor area. It is here you will see the world-famous Sydney Harbour Bridge. Another of Port Jackson’s big attractions is the Sydney Opera House. Many visitors also flock to Bondi Beach for all the sun, sea, and surf. If lounging on the beach isn’t your idea of fun, why not spend the day in Luna Park Sydney.

Just wandering around Melbourne is enough to take in the city’s buzzing atmosphere. The city center is full of trendy restaurants, fashion boutiques, and cool coffee shops. If you want to go shopping in one of the city’s most historic buildings, spend an hour at the Queen Victoria Market. Melbourne is also popular with cricket fans, who love to head to Melbourne Cricket Ground to watch a game or two. Australia is known for its exciting sea life, and you can see loads of fish and other creatures in the Sea Life Melbourne Aquarium.

Cairns is slightly off the beaten track. Speak to many seasoned travelers, and they won’t have made it to this charming city in North Queensland. But the trip up there will definitely pay off! Once you are up there, you are just a short boat trip from the Great Barrier Reef. Take a trip on the fantastic Skyrail Rainforest Cableway. It’s another great way to discover the terrific nature that surrounds the city. If you want to cram in as much as possible to your trip, you may find it’s worth booking a Travezl tour. 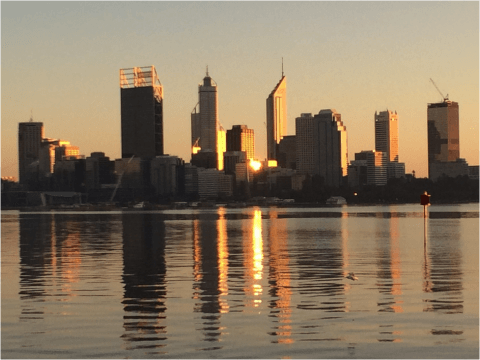 The fun stuff isn’t just restricted to the east coast! Western Australia is also a fabulous destination for travelers. Especially the city of Perth. Take a guided tour around the Perth Mint. You’ll be given the chance to explore the history and story of Australia’s currency. You might even be able to get your hands on some rare coins! Elsewhere in Perth, you can discover the region’s history and culture in the Western Australian Museum. And also at the Fremantle Arts Centre.

Brisbane is the capital city of Queensland. It has a strong science scene, which the Queensland Museum and Sciencentre proudly showcases. The city is located on the Brisbane River, and there are plenty of chances to get out on the water on one of the many river cruises and tours. The city’s botanical garden is popular with families looking for a quiet place for an evening stroll.

Now you’ve read my quick guide to Australian cities; you hopefully have a better idea of where you’d like to visit!