The North Island of New Zealand and its Bay of Islands must be on it. For those that haven’t yet traveled to the Bay of Islands, New Zealand, let me show you what you’re missing. Get on with it!

(And, for those of you that have already visited this outstanding adventure travel destination, let me remind you to return.) 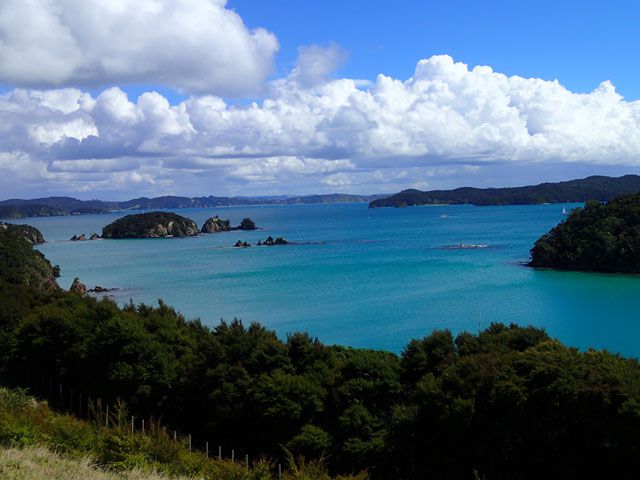 With a backdrop as stunning as these hills and inviting waters, I thought my day in the Bay of Islands was getting off to a good start as I boarded a motor-catamaran for a half-day excursion to Grey’s Hole in the Rock close to the Cape Brett Lighthouse. Although I was hoping for wildlife spottings, there was something in the air or better said in the waters that day. Around each bay or island our skilled crew found not only dolphins, but also a pod of orcas.  Watch my video of the adventure here!

Gitty like child opening presents under the Christmas tree, I oohed and ahhed encouraging the dolphins and orcas to continue to frolic near our catamaran. I hoped to gain a couple of choice shots before arriving at Grey’s Hole in the Rock. Here is my favorite of two orcas:

To be quite honest, I was thoroughly satisfied with the adventure cruise without even arriving at the most picturesque spot; and, it only got better. Upon arrival at Grey’s Hole, the brave captain decided that it was time for a thrill. He without hesitation rode the waves, or better said swells, into Grey’s Hole in the Rock (pictured at the beginning of the post). As for the rest of us, we held on to anything or anyone that we could; I chose to grab a hold of a rail on the bow, testing my sea legs. I guess I passed as I’m still here to live to write about it and share the spectacular views from the rest of the ride.

Now with my hands free, I’d give this Bay of Islands adventure a definite two thumbs up! 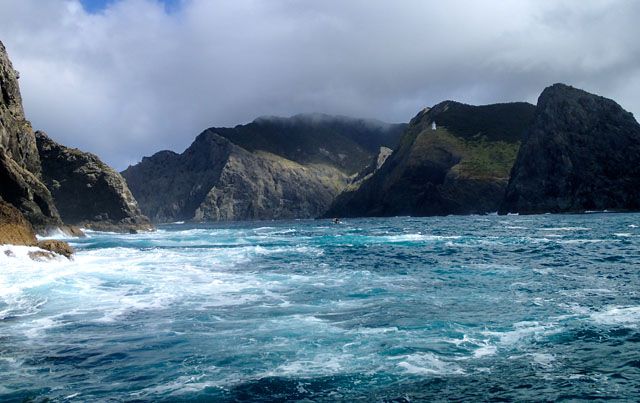 As always, stay up-to-date on more travel stories and tips from New Zealand, Australia, Kauai,  and more by connecting with me on Facebook, Twitter, Google+, and YouTube