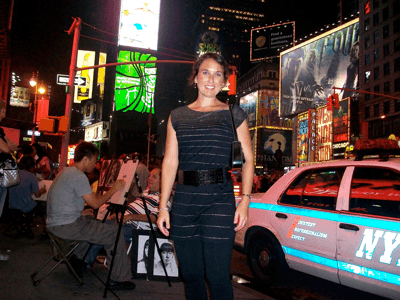 While in New York, tasting the creations of some of the best culinary minds in the world is a must. However, getting a reservation for these hot spots is tough; especially, when one of the restaurants on your list is David Chang’s Momofuku Ko. This East Village hot spot has taken the reservation system to the next level, where elitist host staff and phone calls are obsolete.

To get a reservation, you must use the official Ko site. First, create an account and enter your credit card information (yes, you need a credit card to even set up an account). Now, one week prior to your desired date, log on at 10 am. As there are only 12 seats per seating and the rest of the City wanting in, click and pick from any of the green check marks. Don’t be bothered that perhaps at 10:00:30 am that a dozen others have beat you. In fact, this happened to me despite being rather quick at the computer. Needless to say, I settled for a 9:30 pm reservation, entered my credit card information, and agreed to pay in full if I cancelled the reservation with less than 24 hours notice.

I arrived on time (for fear of loosing the sought after reservation) and was led to a stool. It was set up like a bar where the diners would sit side by side. There were a total of five couples that were seated at the bar during the meal. The kitchen itself was small with room for only three chefs. Each took the responsibility of preparing several of the coursing dishes, but also explaining the intricate plates to the diners. It seemed to me that each course had at least 5-6 ingredients of which many were unfamiliar to me (despite being married to an executive chef).

It was a coursing menu that included ten dishes. As pictures are not permitted (boooooo, bad policy Momofuku Ko), I was unable to photograph the courses, but if my memory serves me right, this was the list of the treats.

At Ko, the libations are limited to wine, beer, and sake. As the menu is all over the place, I opted for wine. I had anticipated fish, beef, and pork, so I thought that neither red nor white would compliment the entire tasting menu. I selected a sparkling white from Spain or cava (Yet another reference to Spain).

I have to say that the experience was unique from the beginning of the process of the reservation to the open kitchen to ten courses of surprising combinations. If one is looking for a culinary experience that is above and beyond the norm, Momofuku Ko is it. Now, don’t get me wrong; Momofuku Ko is not cheap. This is a place that will set you back around $100 per head before your drinks.

Ms Traveling Pants would give Momofuku Ko two thumbs up. To check out all of my NYC adventures, view my video summary.