A year ago, I couldn’t have said that I knew much about glass. Like most of the general public, I remembered vaguely from science class that glass was made from sand, but I certainly didn’t know what a glory hole was or let alone a gaffer.  Now, I’m no expert, but I can add two feathers to my gaffer’s hat: Corning Museum of Glass in New York and its at Sea show over nine thousand miles away between New Zealand and Australia.

For my first feather, I started with a visit to the Corning Museum of Glass in Corning, which is in the Finger Lakes Region of New York. I know you are probably thinking another museum, zzzzzzzz! Au contraire mon frere, it was not the case at all! I was pleasantly surprised with interactive exhibits, shows, and classes. Then, many months later, unknowingly, I continued my glassblowing tutorial at sea while cruising from New Zealand to Australia. On the Celebrity Solstice, I stumbled upon the Corning Museum of Glass at Sea Show, thus, serendipitously gaining my second feather.

Now, if you think glass is boring, you’ve got to check out my tour from Corning to Down Under with Love! I bet I can change your mind.

Stop one at the Corning Museum of Glass was its Hot Glass Show where I got to sit in the audience learning about the techniques and specialized vocabulary of glassblowing from a team of gaffers (glassblowers). 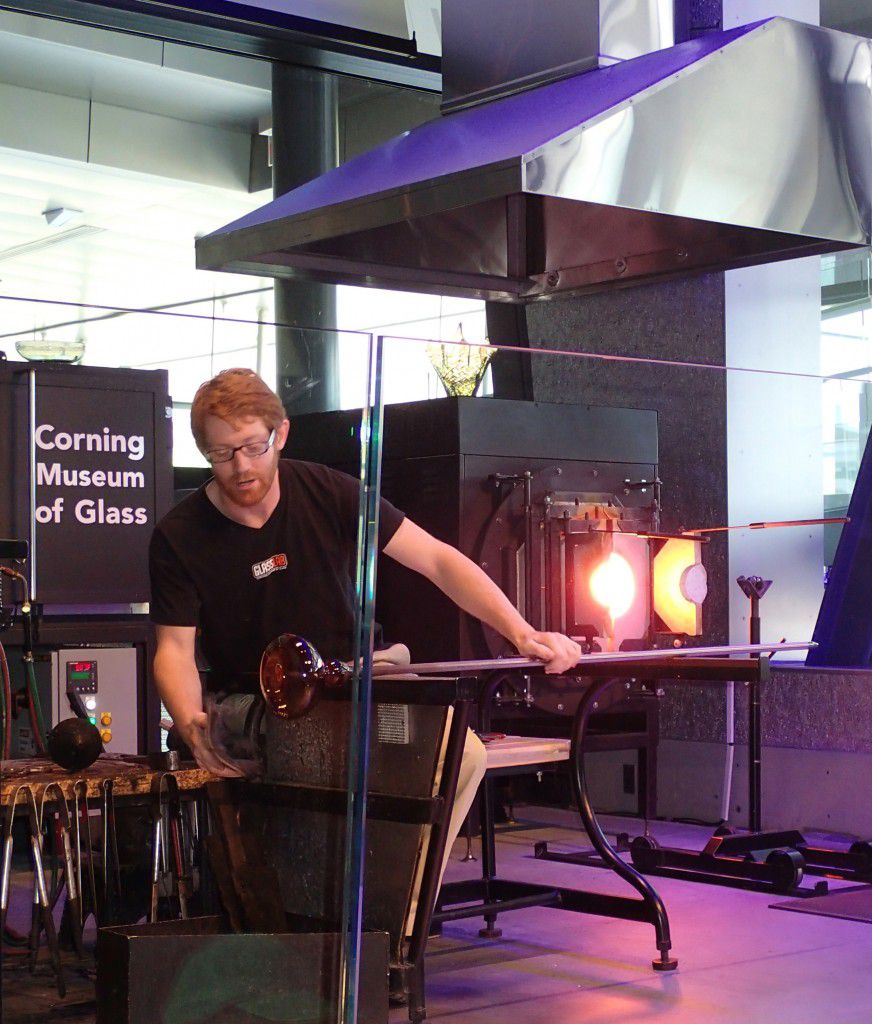 Stop two at the Corning Museum of Glass was a Make Your Own Glass Class where I had the opportunity to blow and pull my own glass in a one-on-one class. You can see from the lead image as well as below that I assisted in the making of a purple and yellow flower, which has become my prized mantel piece in Kauai. 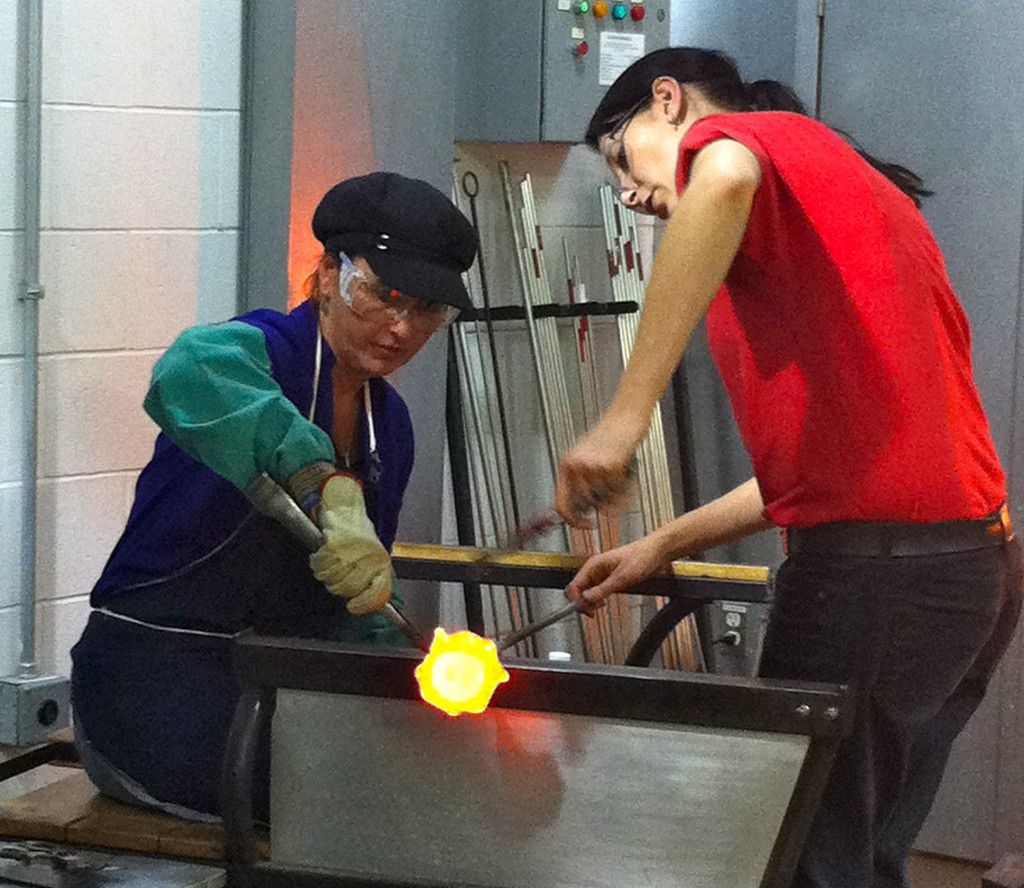 Stop three at the Corning Museum of Glass was to snap a picture post-successful glass making experience with the museum’s logo. Many who are glassblowing novices don’t know what this is, but it is the glory hole or the hole where the gaffer grabs more heat for his/her project. 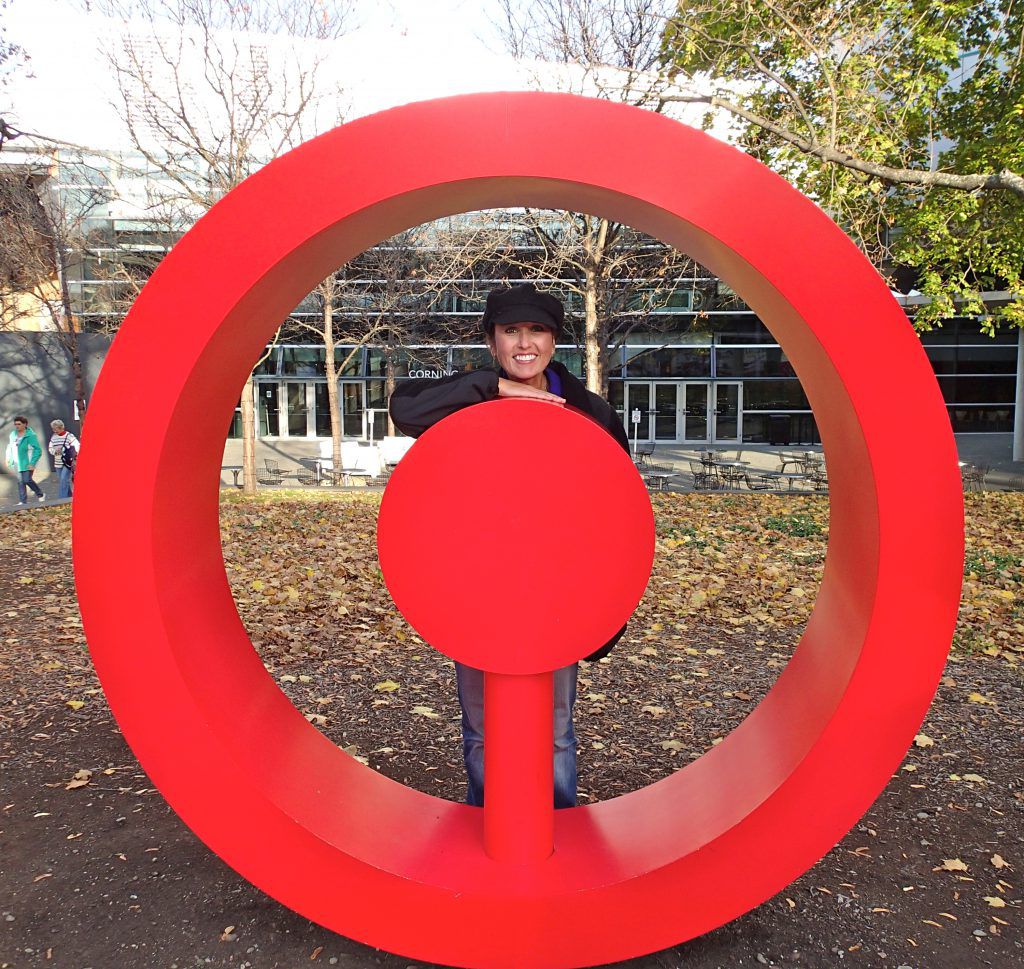 Stop four of my Corning tour, as I said, was a surprise. This was a live show aboard the Celebrity Solstice on a cruise from New Zealand to Australia. These gaffers certainly have their sea legs. 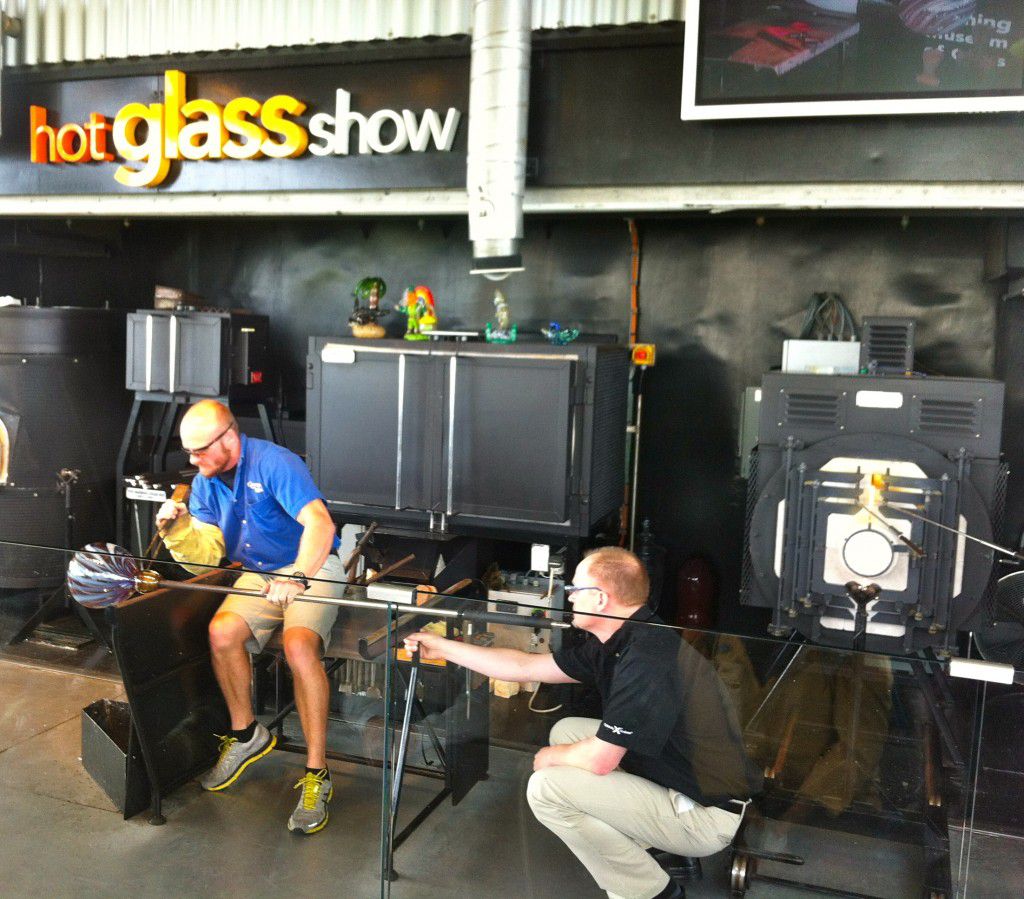 Stop five was another show after a couple long days at sea covered with blankets under the crisp, foggy air of Milford Sound on the South Island of New Zealand. I bet this gaffer was happy about the outside temperature as he stands in the hot seat surrounded by not one but three separate firing ovens. 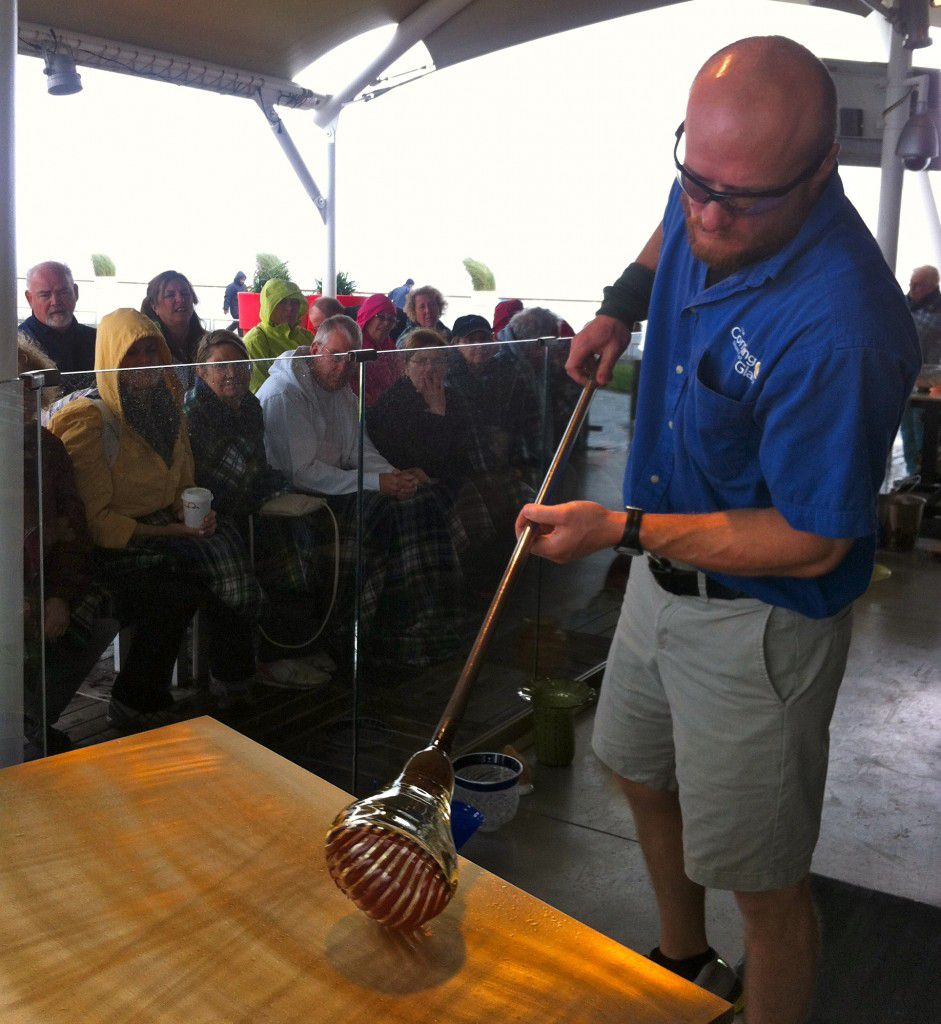 As an adventurer, I’m constant student, curious about new places, skills, foods, arts, and more. In these two occasions, almost a half a world apart, I discovered some of the secrets of glass. I appreciate the art of glassblowing so much more after struggling to even assist in making a flower. I can only imagine what I would have produced on the rough seas of the Tasmanian Sea crossing between New Zealand and Australia. It probably wouldn’t have been art, but an epic fail and thrown back in with scrap glass.

Have you attended a glassblowing show at Corning or on one of its remote events on the Roadshow or at Sea? I love to hear stories and tips from other adventurers.