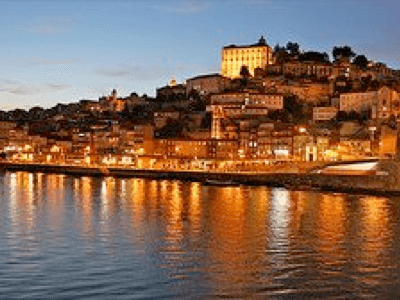 Sometimes when traveling you stumble upon the strangest of events, not knowing that you are arriving to a town at its most important festival. By chance, this happened on a camping trip through Portugal. It was mid-June as we arrived to Porto (Oporto) a town on the Northern portion of Portugal on the Duero River which runs from the Atlantic to interior Spain. Known for Port wine, the town’s riverside is peppered with port sailing boats and historic Port makers.

Taking in the town and a few port tastings while there, we had no idea what we had in store on the evening of June 23rd. Apparently, the Festa de Sao Joao or the Feast of St. John’s Eve is held every June 23rd until the morning of the 24th. It is the night that the entire population of Porto goes to the city center to honor John the Baptist.

Staying walking distance outside of the town, we left our camp to discover the “festa”. The cobblestoned streets were jammed with young and old. The smells of street vendors with grilled sardines and sweet fried dough were very inviting. Everyone a little on the tipsy side combined with the energy of the masses and music, made this street party awesome. However, I failed to mention the unusual tradition that is associated with this festival…..to hit each other over the head with a plastic hammer that squeaks.

At first this tradition was fun, we bought our hammers from one of the many hammer sellers and began to feel a part of Portuguese culture with others hitting us on the head and us in return. After hours of the squeaking and of course just the physical beating upon our heads, the tradition wore thin. We were ready to walk back to the campsite tired, beaten (literally), and well now experienced in the Festa de Sao Joao.