Ever wonder what it would be like to travel back in time just like Marty McFly in Back to the Future? I certainly did when I was growing up. I wanted to take that speedy trip in the Delorean to another time and lifestyle. Little did I know that I would time travel with trips to Cuba.

Now in under fifty minutes from South Florida, I time travel to the 1950’s frequently. For any first-timer, the old American cars are enough to believe that you too have gone back in time. The parade of taxis around Havana and the island is overwhelming. Something that is such a rarity and perhaps only a Sunday driver is the vehicle used daily to make a living with both tourists and locals. (Above is my latest featured ride, 1957 Chevy Bel Air.)

Many ask, how do Cubans continue up with the maintenance of these old cars, especially with the embargo and all? Well, my Cuban friends, some of which are taxi drivers, have told me that there are no originals. All have been tweaked with parts that have been available from Russian cars or by using a special art form that we typically call Jerry-rigging in the States. In fact, it is quite common to joke about Cuban mechanics by saying that they are not only mechanics, but magicians as well.

I have come to witness a lot of this creative problem solving throughout Cuba starting with these cars but moving on to even fishing. On numerous occasions, I have seen the sunrise over the San Carlos de la Cabaña Fort with many men walking to the ocean with unique styrofoam fishing rafts on wheels, carrying in tow a set of fins, fishing line, a bucket, and perhaps a speargun (as seen below from the Malecón in Havana). 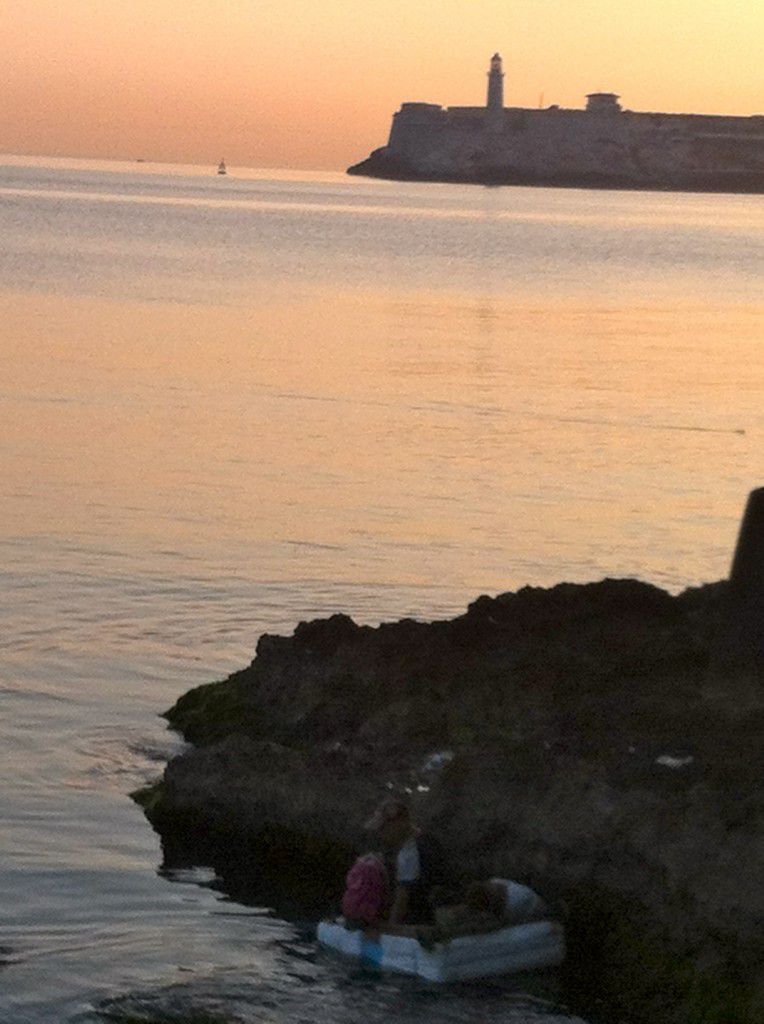 As I can attest from my observations in Cuba and my own personal stories of living in Alaska or my very rural childhood farmhouse in Wisconsin that there is something said to tweaking what you have to make it work or even enhancing it to make it better.

I hope you are choosing to time travel back fifty years with a trip to Cuba in 2013 or the very near future. There is a tremendous amount to be learned by witnessing the Cuban culture up close and personal. Learn how here.