Although I love a good city like Madrid, London, or Havana, some of my most favorite travel memories are when I’m surrounded by Mother Nature. I have to say nature does it best. My peer travel writer and adventurer, Beth Jones, shares below a list of three extreme nature trips. All of them on are on my bucket list.

Take it away Beth!

One of the best things about travelling is seeing Mother Nature at work in different ways in every corner of the world. Spectacular scenery is just about everywhere you look, what about the wonders of the natural world? Want to see them up close and personal? The geography of each continent has so many extremes, and they all hold their unique characteristics.

Watching nature in it’s most raw, violent and beautiful forms is exhilarating and invigorating. It gets us in touch with our inner caveman. There’s something very humbling to see the sheer force of Mother Nature in all her glory. It reminds you that you are just a mere dot on a bustling planet pulsating with all different types of life and energy. That’s why travelling is so addictive! Almost cathartic, it can help you put perspective on your life, that’s for sure!

Iceland has one of the highest rates of volcanic activity anywhere on the planet (see lead image from Pexels). The terrain is dramatic – peppered with geysers and hot springs. Stunning and terrifying all at the same time, Volcanoes have been both revered and feared for thousands of years. They are undeniably fascinating, but best viewed from a safe distance. Iceland’s terrains go from one extreme to the other. From the fearsome heat of the volcanoes to the flipside… all cool ice and snow. Clear, bright, beautiful skies and the crisp air are one of the greatest contrasts and contradictions you will find anywhere.

Reach for the Stars 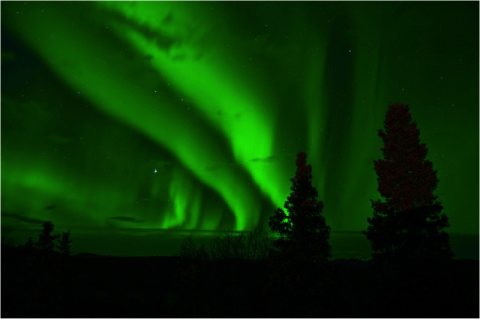 One of the most awe-inspiring wonders of Nature, the Northern Lights truly are a spectacular sight. They’re visible from a fair proportion of the northern hemisphere, but nowhere quite like Canada. If you ever get the chance to see the northern lights in Yukon, grab it with both hands. It’s absolutely breathtaking.

You’d be hard pressed to see the dazzling delights of the Aurora Borealis in such perfect conditions and clarity anywhere else. You can fill the rest of the time on your trip with the other delights the most northwestern province of Canada has to offer. That’s skiing, whale watching, and waterfalls. The lack of light pollution and the untouched terrain is said to make you feel like there is very little between you and the sky. The stars look so close you could touch them! 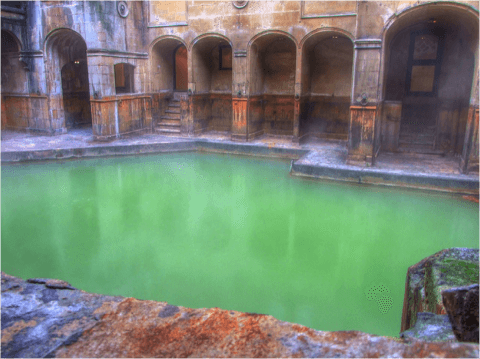 Over one million people every year flock to bathe in the Roman Baths, one of the UK’s most visited attractions. The historic venue is Britain’s only natural thermal spa. The original Roman Baths are now a museum documenting the city’s rich and wealthy history. The Thermae Spa opened as a modern replacement in 2006. The warm waters come from the mineral springs underneath the ground. They are rumoured to have healing and restorative properties. Whether or not this is true is open to debate, but there’s no doubt that they are relaxing! The water is so soft and makes your skin feel silky smooth.

Experiencing nature in such close proximity is thrilling and leaves you with a real sense of wonder.