Although I consider myself to be well-traveled, I have concentrated a lot of my travels in the Americas and Europe. That’s why my goal for 2019 is to travel more to Asia and Africa. In hope of helping all of us with travel tips for Asia, I called up my friend Stewart Johnson from the U.K. who is based in South East Asia.

South East Asia has a lot worth seeing from beautiful beaches to ancient temples. However, it’s also home to some of the most unique and buzzing cities in the world. Here are some of the best cities to explore in the subcontinent and a few reasons why you should visit each one.

Thailand’s capital has no shortage of activities. It’s probably the best city in Asia for fine dining – it’s home to Gaggan, which was voted the best restaurant in Asia. On top of its many places to try Thai cuisine, there are a huge number of bars, many of which are situated on rooftops giving you the opportunity to party beneath the stars. Bangkok is also a shopper’s paradise and contains multiple outdoor markets including the popular Rod Fai Market. Of course, there are also historical sites to be found in Bangkok including numerous might temples and The Grand Palace.

When it comes to nightlife, none of the South East Asian cities can beat the Indonesian capital of Jakarta. Like Bangkok, it has a number of rooftop bars as well as a vast number of clubs. It’s numerous restaurants meanwhile are a great place to try Indonesian classics such as Satay dishes and Beef Rendang (or you can stick to street food stalls if you’re on a budget). Jakarta also has no shortage of places to shop. In Menteng, you’ll come across one of the world’s largest flea markets where you can find everything from homemade crafts to food. There are also a number of large malls where you can continue to get your fix of shopping. Many people fall in love with Jakarta and move there – as sites like https://www.rumah.com/rumah-disewa/di-area-jakarta-selatan-idjk03/dibawah-10juta-rupiah/2 can be very affordable. There are many hotels and hostels for those wanting to spend a short stay in this city. 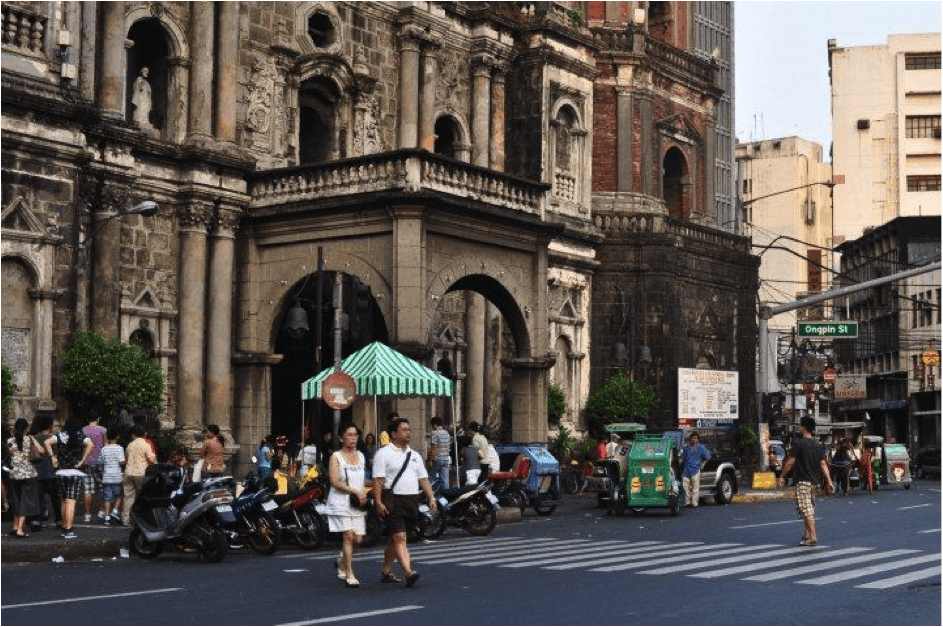 This city in the Philippines offers a more cultural and historical experience. There are many great Spanish colonial buildings here such as Fort Santiago and San Augustin Church that give Manila an almost European feel (it has been nicknamed the Paris of the east). Art lovers can also enjoy its numerous galleries such as The National Gallery of Art. There are also plenty of unique museums such as the Marikina Shoe Museum containing 800 pairs of shoes from Imelda Marco’s infamous collection and Ayala Museum featuring Hispanic gold artifacts in a futuristic setting.

Kuala Lumpur offers a more modern experience – with it’s towering skyscrapers, it’s more akin to New York. The biggest landmark in this Malaysian capital is The Petronas Towers, which remain the tallest twin towers in the world. There’s also the Kular Lumpur tower offering some of the best views in the city. That said, there are also historical sights to be found in this city such as the impressive Batu Caves. Kuala Lumpur is great for shopping and has some impressive malls. It’s also got a fantastic aquarium with a huge shark tank complete with a long walk-through tunnel. 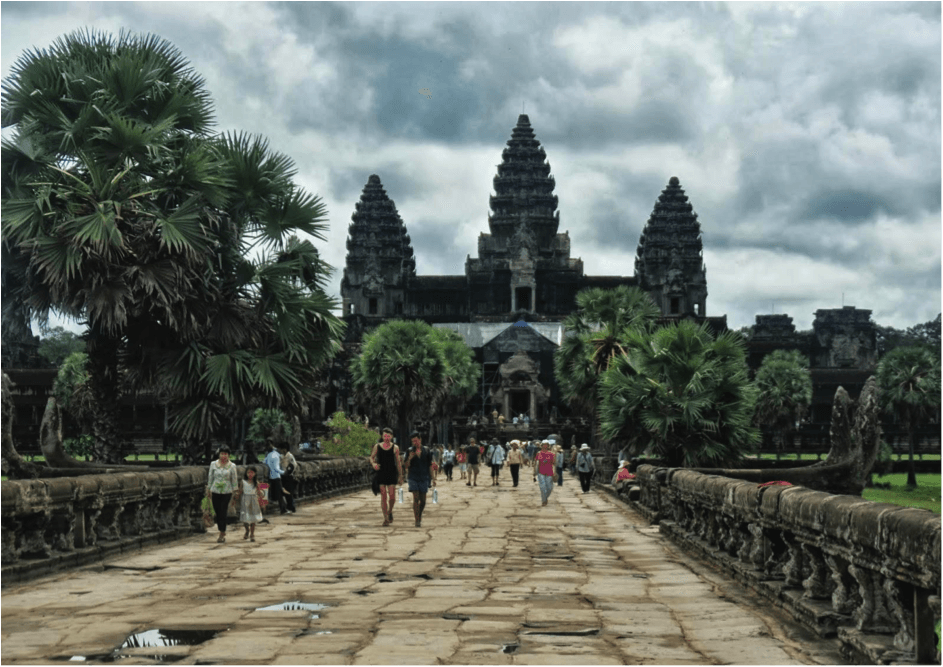 Siem Reap is technically more of a town than a city, but it has so many attractions that its enough to rival most metropolises. Its most famous attraction is the nearby 13th-century temple of Angkor Wat – the largest temple complex in the world! The city also offers a number of museums, marketplaces, world-class restaurants and traditional Apsara dance performances. You can also take a tour of the rice fields in the area, visit the floating village of Kompong Khleang and explore a number of other hidden temples. You can rent a bike from companies such as http://www.siemreapbikerental.com/.

This Vietnamese city is the ultimate place for tasting South East Asian urban life at it’s most fast-paced. Its streets are buzzing with people and the traffic is utterly chaotic made up mainly of motorbikes. Ho Chi Mihn City is renowned for its nightlife – like Jakarta, it’s become one of the party capitals of South East Asia. The city is also the perfect escape for coffee lovers – there are coffee bars on every corner, some of which are very rustic whilst others are more high-class. Ho Chi Mihn City is very cheap and is ideal for those travelling on a budget.

Also located in Vietnam, the city of Hanoi offers a more historical and traditional experience than its partner city. A key location in the Vietnam war, Hanoi has many memorials and museums dedicated to this tragic event. The anti-American and communist propaganda art on many walls can be a bit unsettling for some Western tourists, but by and large, the people of Hanoi are friendly towards people from the west – just don’t delve into politics! Hanoi is also one of the best places for trying Vietnamese food at its finest. You can taste some authentic rice wine and you can even try eating snake at the notorious ‘Snake village’. As with Ho Chi Mihn City, you’ll also find plenty of coffee shops here. 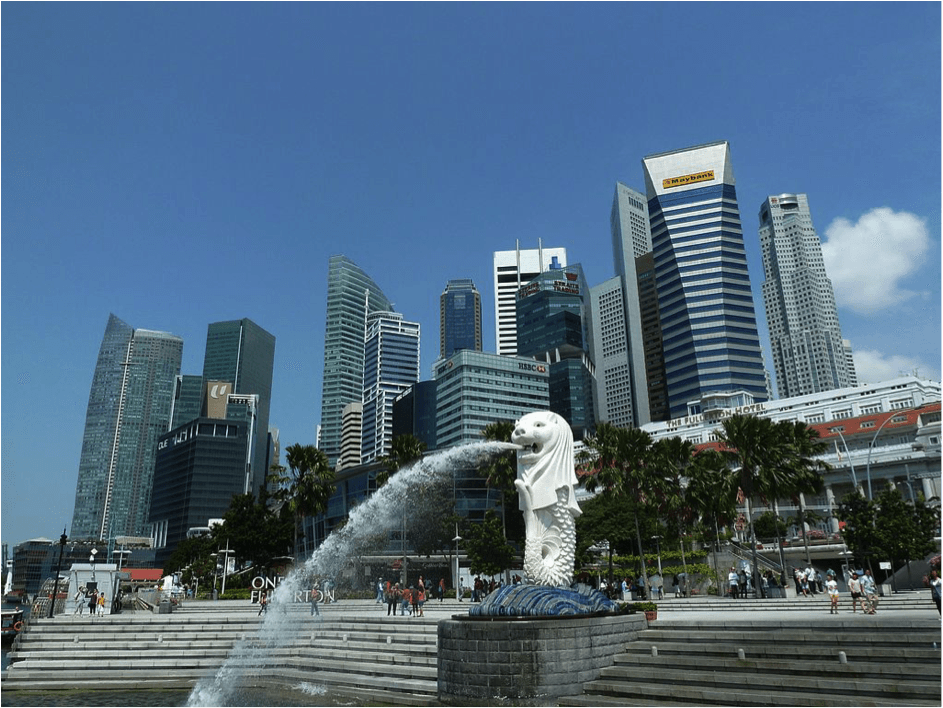 The sovereign city-state of Singapore is like nowhere else in South East Asia. It’s the most westernised and wealthiest city in the subcontinent and has become one of the world’s capitals for commerce largely due to its low tax. The prices are a lot more expensive, but you’ll find a lot more unique experiences here to spend your money on. You can take a trip on the Singapore Flyer observation wheel, visit the city’s own Universal Studios, explore the Sky Garden and walk on a Formula 1 track. On top of its more modern sights, Singapore also has a number of British colonial buildings as well as sporting one of the subcontinents best Chinatowns. Even its airport is an attraction itself, featuring a butterfly house and a theatre!

**Post contributed by Stewart Johnson, a U.K. travel writer based in Southeast Asia.**